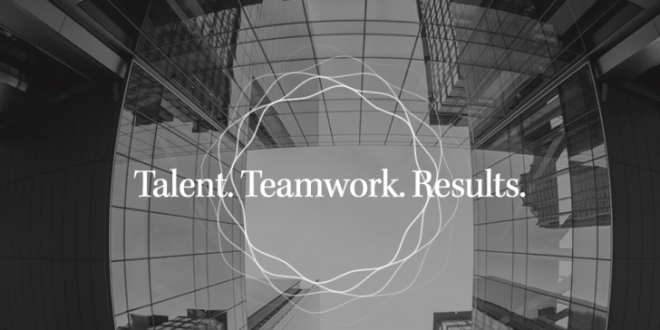 Image from website of U.S. law firm Sidley Austin, secretly hired by Israel to fight the boycott of Israel. Israel has paid hundreds of thousands of dollars over the past two years and calls the activities “diplomatically extremely sensitive.”

The Israeli government has been secretly using a U.S. law firm to help it fight the boycott, divestment and sanctions movement in Europe, North America and elsewhere, according to documents obtained by Haaretz.

The government has hired the Chicago-based firm Sidley Austin to prepare legal opinions and handle court proceedings. The Justice Ministry and the Strategic Affairs Ministry have declined to reveal the nature of these activities, for which the state has paid hundreds of thousands of dollars over the past two years. The ministries call the activities “diplomatically extremely sensitive.”

About two years ago, the security cabinet made the Strategic Affairs Ministry responsible for coordinating the fight against “delegitimization” and earmarked major resources for these efforts. The Strategic Affairs Ministry transfers some of the money to the Foreign Ministry in various places worldwide and some money has been given to Jewish organizations overseas for public relations work on campuses and elsewhere.

But the Strategic Affairs Ministry is also operating on these matters in ways that have not been made public. In the past, the ministry’s director general, Sima Vaknin, told the Knesset that it is involved in “gathering intelligence and attacking.”

Over the past year, attorney Eitay Mack has asked government ministries in the name of human rights activists to receive information on all the contracts signed with bodies overseas involving anti-BDS activities. The Foreign Ministry said it had no such contractual obligations, but the Justice Ministry provided censored documents.

The documents show that the special-tasks department in the State Prosecutor’s Office, which is responsible for dealing with matters of national security – in cooperation with the Strategic Affairs Ministry – called for bids in early 2016 from international law firms.

This was for “preparing documents and legal opinions, handling legal proceedings (suits or representation) to the extent needed battling the BDS phenomenon in particular concerning calls and initiatives to impose boycotts and sanctions against Israeli companies and businesses, as well as against foreign companies that have business operations in Israel.”

The detailed description of the services was censored from the document. The Justice Ministry said the details were redacted because their publication could lead to “damage to the country’s foreign relations and damage to the ability of these bodies to provide the requested service.”

In February 2016, the Justice Ministry contracted with a law firm, but in May the ministry asked to switch firms after the original outfit was found to have a possible conflict of interest.

A contract with a different law firm for 290,000 euros was then approved, with the option of increasing the amount by another 200,000 euros for additional work. Another expansion of the original contract was later approved, this time for another 437,000 euros, making a total contract value of 925,000 euros, or 4 million shekels ($1.1 million).

The tenders committee decided not to publicize the contracts in the government’s Manof information system because of the sensitivity of the matter to Israel’s foreign relations.

The secrecy surrounding the contracts raises the suspicion that the work involves not only writing legal opinions but also preparing lawsuits against BDS supporters, as Israel does not want to be revealed as supporting such actions, to avoid the perception that it is interfering in the internal affairs of other countries.

“There is the danger of a slippery slope in the secrecy shrouding Israeli anti-BDS activity in the world,” Mack told Haaretz. “It is deeply worrying that the military terminology used by senior officials in the Strategic Affairs Ministry is being used in the fight against civilians abroad who criticize the State of Israel.”

“Just like it’s difficult for Israel’s to sell the occupation, the regime in South Africa had trouble selling Apartheid, ” he says. “Pretoria launched a secret operation of disinformation and persecution of anti-apartheid activists whose exposure led to the dismissal of the prime minister and the opening of a criminal investigation and civil proceedings In the U.S. We hope that the State of Israel does not exploit secrecy to cross criminal lines.”

The money is disbursed as budgetary allocations for international contracts. The Justice Ministry’s report on such contracts shows that the government contracted with Sidley Austin in March 2016 for consulting services, without issuing a tender for competitive bidding. In the first half of 2017, the firm received $219,000 in payments. No other law firms were paid under the same budgetary section.

Sidley Austin did not reply to questions on whether it was working for the Israeli government.

Sidley Austin is one of the largest American law firms and employs 1,900 lawyers. It is the firm where a young lawyer, Michelle Robinson, met a summer intern named Barack Obama. The firm has four offices in Europe: in Brussels, London, Munich and Geneva.

Previous Who wrote the Balfour Declaration and why: The World War I Connection
Next Army Abducts Three Palestinians Near Jenin, Colonists Attack Homes In Hebron

Palestinians will not be deterred in the quest for liberation

Russia-Ukraine war: Israelis are in denial at parallels between their occupation and Putin’s

Weathering the global storm: Why neutrality is not an option for Palestinians

By: Dr Ramzy Baroud A new global geopolitical game is in formation, and the Middle …