At the turn of the 20th century, Hajj Raghib Al-Khalidi realized he must act to preserve the rich collection of books and manuscripts his family had assembled over many generations.

In 1900, the Jerusalem-based intellectual gathered together the many volumes and papers scattered among his extended family and catalogued them in a single location. With that, the Khalidi Library was born.

Now, over a century later, Khalidi’s descendants have carried out a major restoration, which has seen the library’s centuries-old collection preserved and digitized for scholars to access worldwide.

The library, known in Arabic as Al-Maktaba Al-Khalidiyya, was established in the Old City of Jerusalem in Tariq Bab Al-Silsilah near the Bab Al-Silsilah, one of the main gates to Al-Haram Al-Sharif — also known as Temple Mount — home of Al-Aqsa Mosque.

It contains one of the world’s biggest private collections of Arabic manuscripts (approximately 1,200 titles), the oldest of which is about 1,000 years old. Among them are about 200 extremely rare Islamic texts, many of them intricately decorated with geometric motifs in colored ink.

Its printed collection, mostly of 19th century vintage, contains around 5,500 volumes. There is also a massive archive of family papers going back to the early 18th century.

The Khalidis claim to trace their ancestry to the early Muslim conqueror Khalid ibn Al-Walid, who died in 642. A family called Khalidi was documented in Jerusalem in the 11th century. The best attested family lineage, however, dates back to the 14th and 15th centuries during the Mamluk Empire.

The Mamluk-era building where the library is situated has also stood the test of time. Built in 1389, it has outlasted successive rulers from the Umayyad Caliphate and the Ottoman Empire to the British Mandate, standing proud even today under Israeli occupation.

For Palestinians, the library is a living testament to their historic claim to the Holy City, dealing the “false Zionist narrative” a sound rebuttal, according to one of Khalidi’s descendents.

“A library of rare books and manuscripts that goes back to the 10th and 11th century is proof that Jerusalemites and Palestinians have been a center of culture and civilization for millennia,” Rashid Khalidi, a Palestinian-American historian of the Middle East and Edward Said Professor of Modern Arab Studies at Columbia University, told Arab News.

“(Zionists) argue we don’t exist and that we have a fabricated history and that other people are indigenous to this land and we are not. We the Palestinians are the people of this land while the other narrative is that of the settler-colonial project that was imposed on us.”

At the close of the 1948 Arab-Israeli War, Jerusalem was left divided between Jordan and the fledgling state of Israel. The Arab defeat sparked a massive flight of Palestinians to Arab countries of the Levant region that is known as Al-Nakba — literally “the catastrophe.”

At the conclusion of the 1967 war, matters became even worse for the Palestinians when Israeli forces overcame the Jordanian army’s resistance and captured East Jerusalem. The resulting shift in the balance of power drove out much of the remaining Arab population. In 1980 Israel annexed Jerusalem in a move not recognized internationally.

More recently, in a controversial decision in 2018, Donald Trump’s administration moved the US embassy from Tel Aviv to Jerusalem, officially recognizing the city as Israel’s capital. Palestinians have long sought East Jerusalem as the capital of a future state. 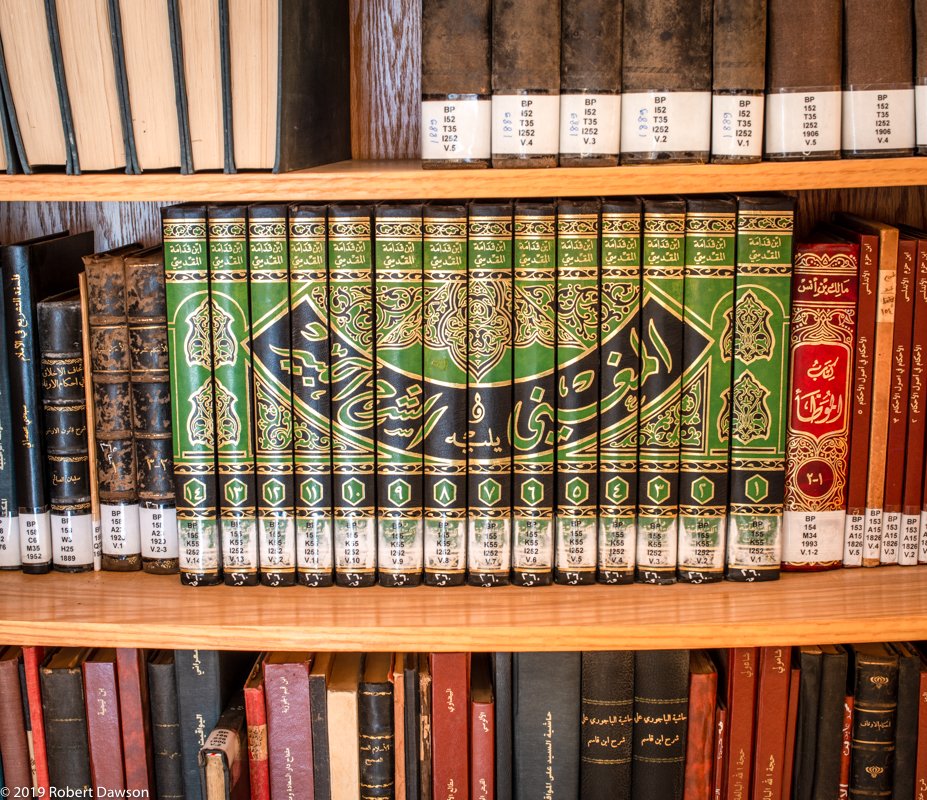 No matter which party is in power in Washington, Israeli settlements keep expanding into occupied Palestinian territories in the West Bank, dimming hopes of a peaceful resolution to the decades-old conflict and the creation of a Palestinian state. But the descendants of those displaced families, scattered across the Middle East and in the far-flung corners of diaspora, have not stopped lobbying for the right of return.

“After the 1967 occupation, there were serious concerns we would lose the library even though it is registered as a protected family endowment,” Raja Khalidi, another descendant of the library’s founder, told Arab News.

Raja is the director-general of the Ramallah-based Palestine Economic Policy Research Institute (MAS), who previously served as a senior economist with the UN Conference on Trade and Development (UNCTAD).

He spent most of his life in the diaspora, but returned to Palestine in recent years to join the family’s efforts to protect and preserve the library which bears their name.

“Different members of our family rebuffed Israeli attempts to confiscate the library and in the end parts of the roof were confiscated to allow for the creation of Jewish yeshiva (religious schools),” he said.

In 1989, the Friends of the Khalidi Library (FKL) was incorporated in the US under the chairmanship of Walid Khalidi to rally support and solicit funds to protect the site.

Donations quickly flooded in from members of the extended family, the Ford Foundation, UNESCO, the Dutch government and the Arab Economic and Social Fund in Kuwait, among many other sources.

With these funds, according to the Khalidis, the Boston-based FKL was not only able to stave off Israeli encroachments but also completely renovate, refurbish and re-equip the library and preserve its valuable holdings.

Raja and his fellow court-appointed administrators, Asem and Khalil, worked hard to save the old manuscripts with the help of foreign experts, who trained local staff to continue the preservation work.

Every document, book and manuscript has finally been scanned and catalogued. “It took us years to do that but we are excited that all the original manuscripts are now saved and protected and their content is scanned for all researchers to use online,” Raja said.

Several of the texts held by the library shed light on the history of Palestinians in Jerusalem, explore the Arab presence in the region, and tell the story of the Khalidi family and its connections to the city.

The goal of the library is not only to preserve heritage but to also encourage research, according to Raja. “We want to be known not only as a repository but also a regenerator of original publications,” he said.

To this end, the library, in addition to preserving old manuscripts, has branched out into publishing, recently printing a work by Rouhi Khalidi, who died in 1913, titled “Zionism, or the Zionist Question” — quite possibly the first book on the subject penned by a Palestinian.

Rashid feels it is wrong to deny Israelis their national identity. “Just like in America, we recognize the American people even though they created a country by the expulsion of the indigenous people and created their own settler-colonial reality,” he said.

Previous UN Says US Aid for Palestinian Refugees Will Not Cover the Shortfall
Next ‘What did the world give us?’ A letter to President Biden from Nabi Saleh